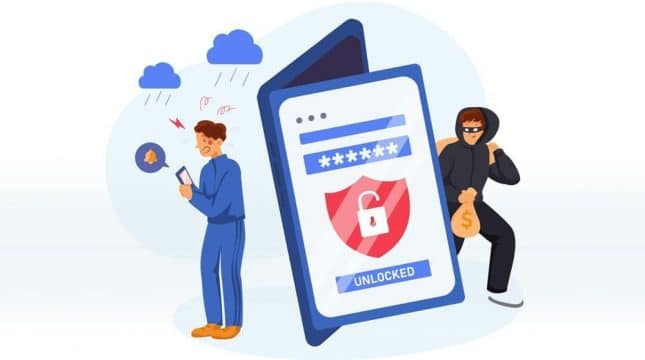 What Is Cybercrime: Primary Directions for Combating Cybercrime

In the conditions of hybrid war, total use of mass media, and its communication components, the prevention of the basic threats of cybercrime acquires special urgency. According to the results of scientific research, the issue of cybercrime worries not only the state as a whole but also individual businesses, almost every person.

Cybercrime is an inevitable consequence of the globalization of information processes and, as a consequence, is a major threat to socio-humanitarian and other components. The growing number of cybercrime activities and the constant improvement of information technology create economic threats to global information networks.

The Origin of the Concept of Cybercrime

The concept of cybercrime first appeared in American literature in the early 1960s. It was defined as a violation of someone else’s rights and interests in relation to automated data processing systems. The concept of cybercrime as a set of crimes applies to all types of crimes committed in the information and telecommunications sector. The information resources, information technology, are considered as the subject of criminal encroachment, the environment in which the offenses occur, and the means or instrument of the crime.

Thus, cybercrime can be defined as a set of crimes committed in cyberspace using computer systems or computer networks. The main types of cybercrime include the spread of malware, password cracking, theft of credit card numbers and other bank details. They also comprise the spread of illegal information via the Internet.

There are several special features inherent in this type of offense. Firstly, the negative consequences of cybercrime often do not appear immediately, but only over time in the process of implementing public relations. For example, this may result in information or technology that users or owners consider unique being used for a long time by others who have received unauthorized access to it and use it to meet their own needs. This distorts the economic content of social relations and thus causes significant damage to participants in economic relations.

Secondly, cybercrime perpetrators are characterized by extraordinary mental abilities, which in combination with deviant behavior, can lead to new negative social phenomena. This, in turn, carries significant risks for information users. In particular, there are such phenomena as hacking, laughing, etc. The problem is that such phenomena can develop for some time, almost without obstacles. The law is not developing so dynamically as to respond as quickly as possible to negative social phenomena by creating appropriate protective mechanisms of social relations.

Thirdly, the object of cybercrime is often specific information related to the field of national information security. This can lead to the negative consequences of cybercrime no longer at the corporate or private but at the public state level. Illegal seizure of such information and its further dissemination leads to larger negative consequences – a threat to national security. In this context, such a phenomenon as cyberterrorism deserves special attention. This is an extremely dangerous and constantly progressing type of terrorist activity, the omission of which from the attention of the law enforcement system threatens significant consequences for the sovereignty of the state. Therefore, in modern legislation, in addition to liability for cybercrime, it is advisable to develop an institution to combat cyberterrorism, including by strengthening the measures of responsibility for such acts.

There are the following types of cybercrime:

At the same time, taking into account the motivation of criminals, it is possible to divide cybercrimes into the following categories:

The most common crimes include the hacking of databases and the failure of computer systems of companies and government organizations, as well as the theft of innovations or technologies.

Directions for Combating Cybercrime at the State Level

Considering the issue of combating cybercrime, it is advisable to distinguish general social, special criminological, and individual areas of counteraction.

Countering cybercrime at the general social level provides a set of promising socio-economic, organizational, ideological, cultural, educational, and other measures aimed at solving pressing social problems in the country. The implementation of general social prevention measures makes it possible to eliminate or minimize the influence of criminogenic factors in the determination of cybercrime, to prevent the formation of the identity of the offender.

To properly develop appropriate measures to combat cybercrime, it is necessary to properly organize the activities of both law enforcement agencies and higher authorities of the state. In addition, it is necessary to eliminate the factors that positively affect the existence and development of crime.

The main measures to prevent cybercrime should include the following:

The direction of activities to combat cybercrime should also determine the identification of persons who commit or are prone to committing cybercrimes. Indicators of their behavior are systematic overwriting of data unnecessarily, replacement or deletion of data, the appearance of false records, etc.

How to Take Care of Your Own Security and How to Protect Against Cybercriminals?

The above analysis indicates that cybercrime is a very lucrative illegal business today. Open and unprotected Wi-Fi is now a hacker’s platform, as it makes it easy to find unsuspecting victims. To protect yourself online, it is recommended to use VPN.

VPN is a general technology of data flow protection. It is a combination of one or more network connections transmitted over insecure channels to a logical network and ensuring the confidentiality and integrity of the data, authentication of the parties, and the impossibility of disclaiming authorship. To protect remote users, VPN creates a secure tunnel to the Internet, encrypts the IP address and location, making all network activity invisible to external threats.

Using a VPN, you can be sure of the security of your online presence. Combat cybercrime effectively already today!

The Darkest Malware to Exist: What Is MyDoom Virus and Can It Hurt Me?

An estimated 38 billion dollars. Or the damage caused by one computer virus, MyDoom. Considered the most notorious malicious type of software in history, MyDoom is a computer worm that affects Windows devices. It has infected millions of computers worldwide since 2004 and is still active. Want to learn more about the virus and how you can keep yourself safe?…

Is Likee Safe for Kids or Should You Be Concerned About It?

Often hailed as TikTok’s younger sibling, Likee is a fresh face in the short-video creation and sharing field. The app has over 500 million downloads on Google Play Store only and is especially popular among сhildren. It’s supposed to be a fun video platform, where users get creative, share their videos, and get in touch with others. What’s not to…