Nowadays, it has become easy to reveal a cheater in a relationship because of technological progress. Social media users figure out cheating in a sheer trifle. Smart scales become a real bait for mistresses, and emoji have a new meaning.

Usually, the conversation about relationships and technology in the 21st century boils down to easiness for modern people to find a soul mate. Dating sites and apps have become much more popular than casual street meetings or special agencies to find a spouse.

However, the abundance of easy acquaintances causes the fact monogamous relationships seem to be a relic of the past. And worst of all, when only one of the two spouses thinks so, and the second is wondering what is happening to his husband/wife.

Fortunately, technology can not only help cheat, either help reveal a cheater. And it’s not about obvious ways.

When Something Went Wrong Way

To suspect that something has gone wrong, simply look at the behavior of your partner. You should be alert if he/she:

Of course, you should directly ask the person what is wrong. But if the conversation fails, and the partner’s behavior has not changed, many people decide to take desperate measures.

Common Ways to Reveal a Cheater

Experts advise, first of all, to check if the partner has another mobile phone. The presence (and most importantly, hiding) of a second phone may indicate that a person lives a double life.

Plus, you can always view receipts, digital receipts, accumulated miles, and credit card points. Thus, you can find out which hotels and restaurants a person has been to and where he/she went.

The most real stalkers track partner`s GPS. If a person has an iPhone, you can send geolocation to your phone using the Find Friends application (on new phones, “Locator”). Or just go to the settings in the sections: “Privacy” -> “Geolocation Services” -> “System Services. There you can check the “important” geo-locations (however, this requires a password or Touch ID – so this method works if your finger is already saved in the partner’s phone).

And Android devices most often store location information in Google Maps. To check where a person was, you need to:

However, you do not need to recognize other people’s passwords and not turn into a real stalker. After all, someone else’s betrayal can be revealed by methods that sometimes even slightly absurd.

Extraordinary Ways to Reveal a Cheater

From stories on social networks to find a rival. It is enough to buy smart scales and put them in a conspicuous place during your vacation or business trip.

This device doesn’t just let you know your weight, muscle-to-fat ratio, and other details about your body. Smart scales allow you to track your progress in weight gain or weight loss. And some models can send information to your phone.

Stories on how smart scales help uncover cheating partner have been circulating on the Internet for several years. A woman who owns smart scales left home for several days and unexpectedly received a notification about the next weighing result. The weight was quite strange – 130 lbs. (59 kilograms). Men`s weigh usually higher, so the woman realized that another woman had visited the house.

Sometimes, to understand that a guy is cheating, girls need only one emoji sent by mistake. In a Facebook thread a lot of stories on how a woman ordered spying on her husband after he sent her a kiss emoji.

The girl asked to spy on her husband because he sent her the wrong emoticon. The meaning of the kiss emoji did not fit to message, and he wrote: “oh, not that one”. And he sent another one.

If your partner sends you the wrong emoji, it’s time to look in the emoji panel. Maybe he has missed and chooses the wrong one. Or not.

The girl saw that these two smileys were three rows apart. Which meant the emoji was choosing from the recently used ones. And he hasn’t sent her any kisses emoji for a long time!

It is enough to ask your partner for a phone and check which emoji he used last. If among them hearts and kisses that you did not receive, you should think about it. However, do not exclude the possibility they were sent to mom, grandmother, or a friendly chat.

Who is That Pokémon

Pokémon Go is the most famous online augmented reality game that forces people to leave their homes in search of cartoon creatures. This app also allows you to follow your partner. A girl from the United States realized that her boyfriend was unfaithful to her, as soon as she opened his Pokémon Go app and saw “Zubat” caught the day before.

The purple bat attracted attention because it usually did not appear in an area with tall grass. Her boyfriend usually didn’t show up there.

Pokémon Go uses geolocation services to track where and when the Pokémon was caught. And “Zubat’s” location was the neighborhood in New York where her boyfriend’s ex-girlfriend lives. The cheater, caught red-handed, even gave an interview to The Post, complaining about his girlfriend’s excessive ingenuity.

“She saw that I caught a Pokemon while I was at my ex’s house. She found out everything last night at my house and has not contacted me since.” – said the cheating guy.

However, during the coronavirus pandemic, rules have changed. But for the future, it is worth remembering the method of revealing cheaters using Pokémon Go. If you don’t have access to your Pokémon Go partner’s geolocation services, you can just see which Pokémon he’s catching and where.

Find a Drone in the Sky

If you (well, you never know) have a light drone, you can also use it to prove cheating on your partner.

Man in the United States came up with this idea back in 2016. The man published several videos on YouTube that his wife, with whom he has been married for 18 years, is cheating on him. The husband was able to film incriminating materials with the help of a drone. The cheating wife met her lover in the car, in a store not far from home.

In the video, the man explains why he decided on unusual surveillance.

“The last couple of weeks she was called to work too often. Then they called me and told me anonymously what was going on.”

At first, the husband tried to follow his wife himself, but his attempts failed.

“I tried to follow her a couple of times, but both times she just went to work. I’m not sure if she noticed me, or I was just unlucky. So next time I hoisted the drone.”

However, for this pair, the gap was not final. Two years later, a video was released on the blogger’s channel that he forgave his wife and they are together again.

Take a Look at the Cheater from the Couch

In quarantine, people from all over the world were deprived of the opportunity to travel. Sometimes even walk around their hometown. This is where technology comes to the rescue, as Google Maps has a Street View feature for a long time.

You can switch to street-view by looking in the Google Maps menu. You need to select the mode Street View and poke at the place of interest on the map.

One US couple now knows that Google Maps can be used to expose infidelity. In 2018, a man entered panorama mode to see how to get to a certain establishment in his city. Imagine his surprise when his wife appeared on the screen – and not alone.

The woman was sitting on a bench, carried away by a conversation with a stranger, who laid his head on her lap. Even though Google blurs the faces of people in the frame, and the photos themselves were taken back in 2013, the man was sure that he was in front of his wife: he recognized her by her hair and clothes.

As a result, the woman admitted that she and her lover were captured on the bench, and her husband filed for divorce.

Of course, not all cheaters are unlucky enough to be on a Google panorama, but it’s still worth taking a walk around your neighborhood online. And if you are thinking of doing something interesting on the street, look around again for a car with the Google logo nearby.

Trickery Decoration for Your Soul Mate

Mutual fitness is an excellent prerequisite for one of the partners to start following the other. Therefore, if you want to check your suspicions, it is worth giving your boyfriend/girlfriend a fitness bracelet. And if you received such a gift, this is a reason to think about it.

Two of these trackers can be synced with each other in a fitness app. This feature was created to keep track of exercising – but it will allow you to identify other types of “activity”.

In December 2019, one young man exposed himself by handing the girl a Fitbit fitness tracker. His partner, Jane Slater, an employee of the American television company NFL Network, was happy. After all, now they have paired jewelry.

Partners have synced to keep track of each other’s workouts. But one night, Jane’s partner did not show up at home. And at four in the morning, she guessed to look into the application.

“My boyfriend disappeared at four o’clock in the morning, and his physical activity levels were off the charts in the app. I wish this story was not real.”

As the reporter explained to her subscribers, it was not about the morning yoga session, and soon the couple broke up.

Well, a generation of Zoomers is figuring out cheaters in even stranger ways. So, do not send “hello” to your boyfriend through the broadcast of a famous streamer – there is a risk of finding out unpleasant things about him.

The victims of the cheaters on Twitter staged a whole flash mob to teach each other to recognize unfaithful partners.

Slow Internet? Here Is How to Stop Internet Throttling

Your sluggish internet connection is giving you a headache? No need to take pills — figuring out what causes a slowdown and then fixing it is a perfect remedy. Internet throttling (most often caused by your internet service provider (ISP)) can be one of the reasons. But why would a provider want to cut your connection speed, and what should…

Check Out the Best Paid and Free Netflix Alternatives

Netflix (read the reason some people may not have a proper social life anymore) is often hailed as the king of streaming services. While it may be true, it surely doesn’t mean it’s the only one — there are plenty of other options out there. So if, for some reason, you don’t feel like netflixing anymore, our list of top…

How to Bypass Internet Restrictions and View the Content You Want

Came across prohibited or restricted content on the internet? Yeah, we can imagine the frustration flooding in. But whatever the reason for the website being blocked, be it your work, school, or the country you’re living in, you don’t have to lose hope just yet — there are plenty of ways to dodge all that internet restrictions. We’ve compiled some… 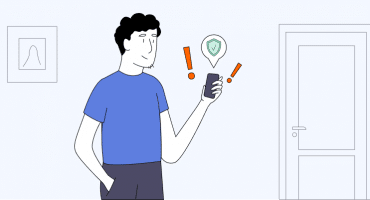 When choosing a VPN, you’re sure it’ll give you maximum protection online. Which, unfortunately, may not always be the case. Sometimes things go wrong, and IP leaks happen, for example. Not cool. So how can you make sure that your VPN is working properly, shielding your data the way it’s supposed to? What other problems can a VPN have? And,…