Want to Chat Privately? Here Are the Most Secure Messaging Apps

Love texting? Then we’re sure you also love to keep your conversations private. But do you know whether your favorite app keeps your messages private? This guide offers a rundown of the most popular (and secure) messengers for you to choose from. Spoiler alert — we have some bad news for Facebook Messenger and WhatsApp users.

What makes a messaging app secure?

Most popular messaging apps: Secure or not secure?

As of January 2022, WhatsApp was the most used messenger, with 2 million users accessing it monthly. Almost 90% percent of people in most countries use it. WeChat, QQ (Chinese platforms), Facebook Messenger, Snapchat, and Telegram made the top list as well.

But let’s now look at whether some of these apps secure messages of their vast user base.

When it comes to security, we find WhatsApp somewhat ambiguous. On the one hand, it uses the powerful encryption protocol developed for Signal by Open Whisper Systems. It’s considered the golden standard. On the other hand, WhatsApp’s ownership by Meta raises huge security concerns — this tech giant is notorious for collecting users’ data. So, one can consider WhatsApp a compromise between security and having a large network.

Note: Is it possible to enhance your security online? Absolutely! Stay tuned for a great tip.

Oh, ever-present Facebook. Although you won’t probably think of it when it comes to safe messaging, Facebook does provide a few gems. It has an E2EE communication option — the Secret Conversations feature, which allows users to send and receive encrypted text, pictures, and stickers to and from a single smartphone. You can also send time-limited self-destructing messages like in Snapchat. E2EE is now also available for one-to-one voice and video calls, as well as calls and video chats within group chats. That’s all great, of course, but this social media giant still gathers data, like who you text or how often you use the app. Besides, 2018 saw several Facebook data breaches, like the Cambridge Analytica dealings scandal. So, yeah, judge for yourself.

Another popular messenger, Telegram, has some goodies on its security front. You can encrypt messages via a Secret Chat mode from the app’s advanced settings. You can also set your messages to self-destruct across all your devices automatically or at a set time. But if you don’t encrypt your chat, your data would be stored on Telegram’s servers. And that’s the thing — E2EE isn’t enabled by default. Both private and group cloud chats support server-to-client encryption, while only secret chats benefit from E2EE.

If you feel like your favorite messenger doesn’t do it for you anymore, worry not — we’ve selected top three alternatives for you to enjoy chatting with no snoopers around. We’ve based our choice on the criteria mentioned at the start, namely default E2EE, multi-mode messaging, and multi-platform support.

Signal is an all-in-one choice for security-conscious users. It created its own encryption protocol — so strong that WhatsApp and FB Messenger use it, too. But unlike Facebook, Signal’s parent company is a non-profit corporation founded by one of the founders of WhatsApp, who left the company after Facebook bought it and broke the promise that it wouldn’t “monetize” it. Signal has everything you need – SMS, video and voice calls, group chats, file sharing, self-destructing messages. It also doesn’t annoy you with ads or collects user data. Signal is an open source platform, meaning anyone can check it for security flaws.

Wickr Me is a free E2EE messaging app that allows users to send private, self-destructing multi-mode messages to other Wickr contacts. It fully encrypts all communications between users, including files, messages, voice and video calls, and deletes metadata, like geotags and message times. Wickr ensures user anonymity and doesn’t ask for personal information during sign up. A video-key verification system adds a new layer of security — every user verifies each other with short bursts of encrypted video. At the same time, the app was initially designed for businesses and enterprises, so it isn’t as popular as other alternatives among everyday users. Also, group chats are limited to 10 members, while audio and video calls are one-on-one only.

Wire has a smaller network than its competitors. But it surely is a solid secure alternative. Wire features E2EE for instant messages, voice and video calls, with support for GIFs, audio and video clips, as well as local and Dropbox file sharing. The app encrypts users’ messages with its very own Proteus protocol based on the Signal encryption protocol. It’s open source and is constantly audited. Wire’s mobile and web versions are free, and businesses can sign up for a premium tier. The app does collect some user data, though, reportedly to make device synchronization easier.

Viber allows you to send voice and text messages, photos and videos to groups of any size. The app stepped up its security game — now E2EE secures one-on-one chats and group chats, too, instead of just the former. You can also start a self-destructing Secret Chat — in group chats and on desktop — and hide chats on a shared device with Hidden Chats. One more neat feature is that every chat is color-coded according to its current level of encryption:

Using Viber to contact other Viber users is free. You’ll have to pay a bit for calls to non-Viber users, though. Also, Viber’s encryption protocol is based on the open source Signal protocol, but it isn’t open source itself.

Most secure messaging app: Our verdict

So, what do we have?

One last thing. E2EE isn’t foolproof. And security breaches do happen. So to guarantee your security online, it’d be better to use a safe messenger along with a virtual private network (VPN).

Why you need VPN encryption

A VPN encrypts all of your traffic. Premium VPNs, like VeePN, provide next-level security, protecting your data with bulletproof AES-256 encryption. It hides your IP address and changes it with the one of a remote VPN server, instead of the one owned by your ISP. You just have to connect to one of the many VeePN servers, which will then encrypt everything you do online and hide your private information from third parties that can be lurking in your network.

Security starts with just a click. It’s that easy.

What is the best encrypted messaging app?

Signal and Wickr Me are considered one of the most secure messaging apps on the market. They feature end-to-end encryption for all of your messages by default, don’t store any user data or metadata, and are open source. Learn more in our article. 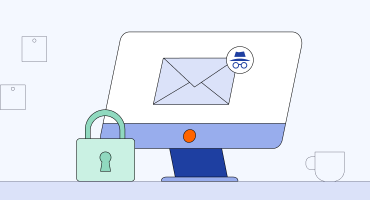 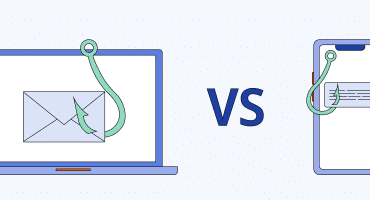 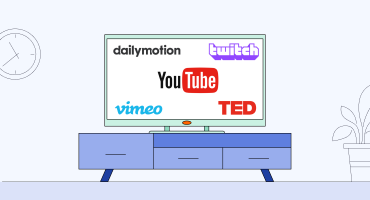 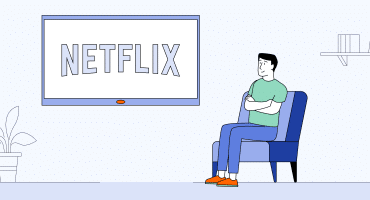 “I have a lot of questions. Number one: how dare you?” Kelly Kapoor from The Office would’ve asked US Netflix if it removed her favorite show. Yes, despite its large viewership base, the US is missing a lot of Netflix content that viewers would love to get their hands on. Here we’ll tell you what top shows didn’t make it….