Effective Ways of Stopping Appearance of Pop-Ups on Android

It is complicated to find at least several people who would enjoy appearing of pop-ups. As a rule, pop-ups cause anger in users when they appear on screens. Pop-ups are not only annoying because they block your view on the screen. But also, they can be insecure for your device.

Numerous pop-ups influence the overall performance of your device, and they cause glitches. Also, appearing of pop-ups may be the first sign of scammers hacking your phone system. Nobody asks for pop-ups to appear, but they emerge, take over the whole screen, slow down the load speed of web pages, and carry the danger to your device.

Fortunately, you should not be an IT specialist in order to block appearing of annoying pop-ups forever. If you utilize the Android operating system, we prepared helpful methods to stop commercials on various browsers no matter what type of device you use.

Unfortunately, undesirable pop-ups appear in all browsers, and Firefox is no exclusion. But help users enjoy the utilization of Firefox browser, and it offers to download AdBlock. You can get rid of constant advertisements within several minutes and clicks.

With the help of the Firefox browser, visit the homepage of AdBlock (www.getadblock.com) utilizing your Android device. Press the “Get AdBlock Now” button. AdBlock will be installed within a short period of time, and this means you can begin to block commercials on your Android device officially.

There is another way to install AdBlock for your device. To perform this, visit the Mozilla store. Here, you can utilize the Firefox browser as well. As soon as you appear in the Mozilla store, there is a necessity to double-check that you intend to download the proper version of AdBlock. Note that the correct variant sounds like “AdBlock for Firefox by AdBlock.”

A really helpful pop-up blocker begins its operation immediately after the installation finishes. It has never been so simple to get rid of commercials forever. With the assistance of AdBlock for Android, you can utilize a browser and do not be afraid that screen-size advertisements will appear.

Forget about Commercials on Samsung Internet

Many users utilize Samsung Internet but suffer from appearing pop-ups like users of other browsers. Still, it is possible to get rid of these advertisements as well. To perform this, you should move to Galaxy Apps Store or Google Play Store utilizing your Android device. Then, you should enter in search “AdBlock for Samsung Internet.”

Unfortunately, this setting can be handy in blocking not all types of advertisements on Android. The so-called aggressive pop-up commercials can still appear on your screen. Therefore, you can consider options of preventing appearing of pop-up advertisements mentioned previously.

If aggressive pop-up advertisements irritate you and it is impossible for you to get rid of them utilizing a basic-used browser, then you should consider the option of the utilization of a third-party browser.

Pop-Ups Can Threaten your Private Data

If you do not want to become a victim of cybercriminals, you should learn how to identify scammy advertisements from ordinary ones. Below we have prepared signs that pop-ups can be more than just advertisements. If you observe one of these signs while utilizing your browser, you should block all types of advertisements immediately.

If you intend to stop appearing of pop-up advertisements on your Android device, just act. Getting rid of annoying commercials does not take much time and effort. There is no necessity to possess special technical skills. 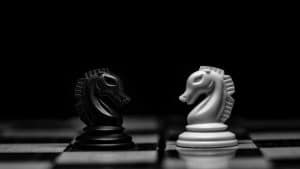 Tor vs VPN: Which One Is Better For You?