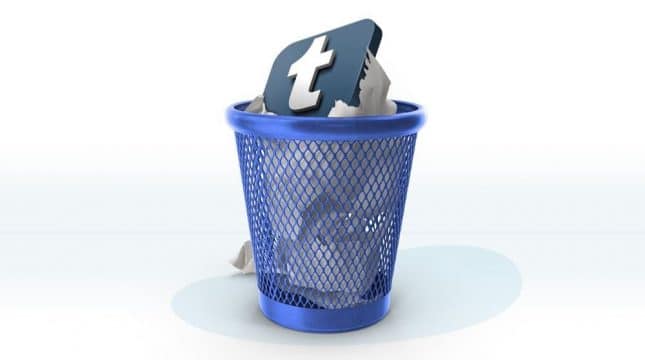 Let’s try to talk about the Tumblr cybersecurity scandals in chronological order.

In 2016, Tumblr announced that in 2013, hackers hacked into their server and gained access to the addresses of most of the users, as well as hashed passwords. This opened up access to users’ emails to many attackers and hackers. Under the guise of spoofed Tumblr messages, in addition to advertisements, they run “boot viruses.”

At the end of 2018, a new incident occurred. In the Featured Blogs feature of the desktop version of the application, experts found additional debugging software. It functioned to reveal information about user accounts: usernames, passwords, individual IP addresses.

Tumblr, in its comments, acknowledged the presence of this program and called it a bug, reporting that it was successfully eliminated. In addition, Tumblr argued that there was no evidence of disclosure. Anxiety.

Tumblr’s weird privacy settings were surprising besides the aforementioned scandals. Users must manually disable communications for an average of 300 individual partners to prevent ad communications. At the same time, many users complained that after logging out of the system, these settings were not saved (they were reset to the original “default”).

We do not advise you on further use (with additional security options such as VPN) or disabling the Tumblr site. The choice is yours. Let’s just take a quick look at both options.

The mechanics of the account and blogs are structured as follows: – an account is initially created – it is used as a foundation to create the main blog – private groups (additional blogs) are being built on the foundation.

Initially, we recommend that you save your data before deleting your Tumblr blog (without doing this, your photos and videos may be lost forever).

In the privacy panel, look for the “Upload your data” button, request a download, and manually mark your valuable photos and videos. Moving forward, “Next.” Be sure to fix the email address (so that within 30 days to receive information about the availability of the download). After this message, through the privacy panel, personal files are available for download to a PC in JSON format.

At the second stage (while maintaining the fundamental account), you can delete blogs (via a browser or application). In the browser, through the settings, go to the Tumblr account, mark the list of blogs to be deleted, confirm the action with the “Delete” button. Find the account in the application, mark the blogs for deletion, confirm the action by pressing the “Delete” button.

The last step of deleting an account will be handled only by those who are said to be “tough nuts to crack.” After deleting it, the pool URL will return to the base of the new user. This means that your only opportunity to return to Tumblr will be by creating an entirely new account. The stage is not available through the application, only in the browser !!! Well, if you’re mentally prepared, it’s technically simple! Through the account settings section, select the “Delete account” option. The program will ask clarifying questions, and you, in turn, will have to confirm your confidence by answering them. The final step will be to press the “Delete All” button. Thus, your Tumblr account is completely deleted; the hackers who used it no longer have the ability to harm you or just dig into your “underwear.”

How to live and work safely with a VPN?

In terms of cybersecurity threats, Tumblr (where user data lost privacy) is not unique. For example, in 2018, there were scandals with a large company Cambridge Analytica.

Such facts make us think about the threats we face when exchanging information on the Internet. After all, every call, publication, download of a movie or article can be tracked, even worse, sold by application creators, Internet service providers to scammers. The software technologists of our company have tested many modern security programs. VPN is the leader, as it has the 2nd stage of protection (encrypts data with codes, provides a secure connection through a network of private, not overloaded, and protected servers, wherever you are). Modern VPNs are adapted for all types of devices, which provide a connection to the Internet. 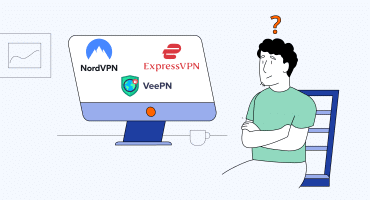 ExpressVPN vs NordVPN vs VeePN: How to Choose the Best from the Best

Hunting for a VPN? Then you’ve most likely heard of ExpressVPN and NordVPN — these two VPN providers stand out as the industry titans, backing up the online security and safety front. However, that’s not all the VPN market has to offer. A younger product, VeePN is certainly an appealing option as well. Curious to see how the three stack… 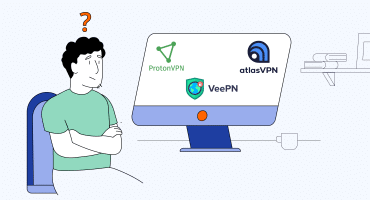 ProtonVPN vs Atlas VPN vs VeePN: Which One to Pick

VPNs are among the most popular pieces of consumer software. So it doesn’t really come as a surprise that there are hundreds, if not thousands, VPN providers available, which makes the process of picking one troublesome, to say the least.  ProtonVPN, Atlas VPN, and VeePN are one of the most popular options on the market. And in this article, we’ll… 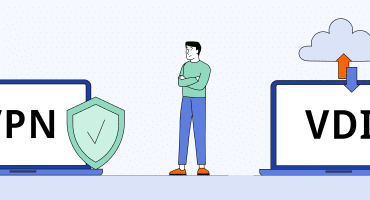 VDI vs VPN: Picking the Best Solution for Remote Teams

Remote work is here to stay. With COVID-19 fast-tracking this trend in 2020, it shows no signs of slowing down as remote career opportunities continue to grow, research demonstrates. That said, companies crave effective solutions for remote teams to keep them connected. Some leveraged virtual private networks (VPNs), while others upgraded to virtual desktop infrastructure (VDI). And since choosing between…