How to spot and stop throttling

If you have ever experienced the signs of throttling, such as the lower resolution of streaming, too many lags when playing games, or slow file downloads, you could suspect that something is going wrong and you aren’t getting all those services you pay for. There is some truth in it.

Data throttling is very widespread, but you must know how to fix it, and here you go!

Traffic-shaping or throttling is the limitation of the speed from time to time for specific websites or types of data. As a rule, people feel throttling with such activities as gaming, video streaming, file-sharing, especially when using torrent networks.

An ISP filters it and drives into two separate buckets in a fast and slow lane to throttle your traffic. Fast lane means that the bucket is unthrottled. As a rule, they are social media, search engines, and web browsing. Slow lanes usually include videos. Netflix, Cord-cutting packages, Torrent services, Hulu, etc.

Why does it happen?

Your Internet provider simply saves its money. Data usage on their network is much reduced when the speed is limited. This way, your ISP can serve more customers and doesn’t have to increase the network capacity. Of course, this helps them increase their profit.

Yes, throttling is absolutely legal in the USA since 2017.

There are a couple of throttling types. They are as follows:

The first two types are quite obvious and don’t even require the agreement of the users. The third type is more difficult to detect, though.

How to spot throttling

Different companies and ISPs commonly use traffic-shaping technology, and sometimes, it takes years to find this out. Many providers deny using such software, and they have their right to do it because proving it is nearly impossible.

A speed test won’t be enough to spot this software. Throttling is happening at the protocol level mostly. This way, the overall speed doesn’t change, but the speed of your gaming or file downloads is reduced. Each user is throttled individually, and that’s why detecting it wouldn’t be easy. You can do it with special tools:

How to stop throttling

The best way to stop throttling would be using a VPN. Your internet provider cannot throttle your traffic legally because you pay for a specific speed. Since throttling means separating your traffic, you should not allow them to view and separate it.

How to use a VPN for throttling

A VPN is a universal tool that helps people when working, accessing different websites that are not available in your country but also speed up your p2p downloads and video streaming. For example, you can improve your experience on YouTube thanks to it.

The best VPNs to stop throttling are:

Bypassing throttling with your VPN

If you want to stop throttling, complete the following steps:

As you can see, a VPN is a great way to stop throttling and prevent your traffic from being slow. Throttling is very popular not only in the USA but also in other countries. While watching HD videos, playing games, or downloading files, you may face this issue.

The most effective way to bypass the problem is to use one of the most efficient VPN services. In most cases, it helps. However, sometimes, it is impossible to fix throttling. A VPN still remains the most helpful way to speed your gaming and file download up. 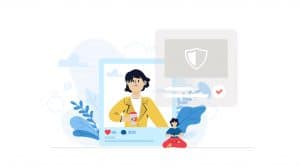 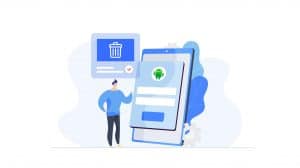 How to wipe an Android phone 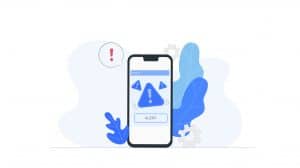